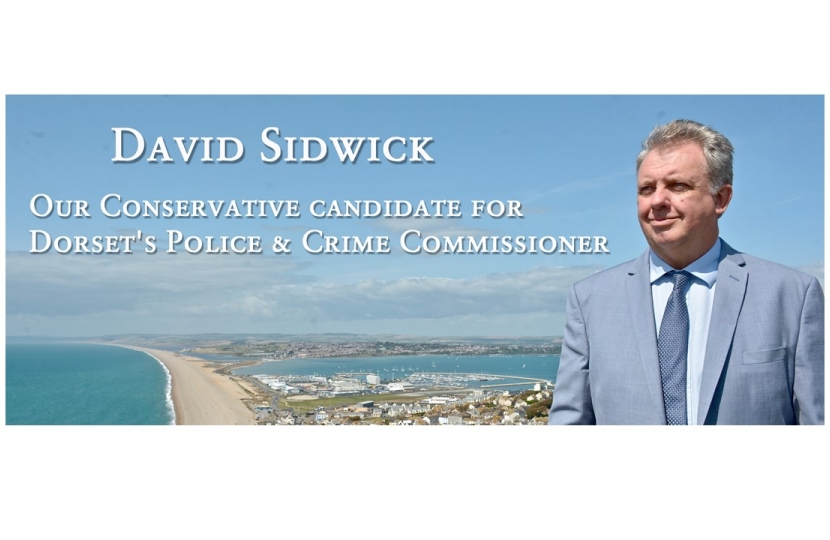 It’s a very strange world that we all find ourselves in. The election for Dorset’s Police and Crime Commissioner (PCC) should have occurred on May 7, 2020 but was postponed until May 6, 2021.

In March 2018 I closed my company to allow me to campaign and prepare for this election. My background is in business with roles as a senior director, managing director and Chairman for various companies.

I believe that I can do most good by being a Conservative, transparent in what I stand for at the ballot box and owing no allegiances to either corporate or individual backers.

The Conservative Party set up the police to be independent, acting without fear or favour, nor to bow to public opinion in upholding the law. These values are in our party's DNA and I pledge to uphold them.

Finally it is about collaborative working with the Government, the eight Dorset MPs, the Dorset and BCP Councils and other South Coast PCCs, the majority being Conservatives with whom there is great scope to co-operate in making the changes that badly need to happen.

My vision remains the same:

I can only do this with your help and I am so grateful for the incredible support from Christchurch and East Dorset – to your MP, Sir Christopher Chope, Gill Coleman (Association Chairman) and to all the councillors and those others, too many to mention, who have actively supported my campaign to date.

My Six Priorities to make Dorset the Safest County

1. To Cut Crime and Anti-Social Behaviour

This will be the number one priority for the police to provide a robust focus to cut violent crime, rural crime and the constant grind of ASB - so people across Dorset see a clear difference and feel safer.

2. To Make Policing More Visible to Prevent Crime
To increase the number and visibility of police officers in our neighbourhood teams so police again fulfil a prevention role and the people and businesses across Dorset experience less crime. Contact will be improved so people know their police, see them around and can contact them easily when needed.

3. To Fight Organised and Violent Crime
To tackle organised gangs, be tough on drugs and the violence around drugs and to tackle “hidden harms” such as child abuse, domestic violence, stalking, hate crime, modern slavery and cyber crime.

4. To Fight Rural Crime
To significantly increase the rural crime team and their capabilities and to have specific strategies to address burglary, anti-social behaviour and farm theft in the rural community.

5. To Put Victims and Communities First
Support all victims - particularly the elderly and vulnerable - and build community strength by working together with councils and agencies; and supporting volunteers such as Neighbourhood Watch, Community Speedwatch, and increasing opportunities for the young with initiatives like Police Cadets.

6. To Make Every Penny Count for Dorset
To resource and transform the front-line and reduce administration so patrol and response teams can spend more time out on the beat - Engaging with our communities, gathering intelligence and making residents feel safer on our streets.

Please see attached the text as taken from Hansard of Sir Chris's "Urgent Question" in the House of Commons to improve the speed and content of answers to Written Questions from the Department for Health and Social Care: