South West police forces are set to receive an additional £58million in funding this year.

Home Secretary Priti Patel has announced that policing will receive up to £15.8billion in 2021/22 – an increase of £636million on last year.

This includes over £400million to recruit 20,000 extra police officers by 2023, delivering on the promise made by the Conservatives in last year’s general election.

The South West is already benefitting from an additional 397 officers.

Alongside getting more officers out on the street, the funding settlement will enable police to tackle serious violence and increase the number of specialist officers tackling terrorism and serious organised crime, including child sexual abuse and drug trafficking.

Funding for the five South West forces is set to increase from over £1billion to over £1.1billion.

The two largest forces, Devon and Cornwall (£18.7million) and Avon and Somerset (£17.8million), will see the biggest straight cash increases.

There are also significant increases for Dorset (£7.7million), Wiltshire (£7.3million) and Gloucestershire (£6.6million).

The government has been determined to support the police throughout the pandemic, as officers have worked tirelessly to keep communities safe.

The government has provided £30million to help forces step up coronavirus enforcement and has reimbursed forces for all additional PPE purchased between March and July.

The Home Secretary said: “We have asked more of the police than ever before during the coronavirus pandemic – the British people and I are extremely grateful for their dedication.

“I am absolutely committed to giving the police the resources they need – this funding package delivers on that.

“It will allow us to continue to put more police on the streets and reduce crime as we build back safer from the pandemic.”

ACTIVE in the SOUTH WEST 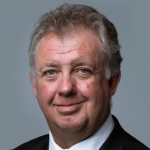 Police and Crime Commissioner for Dorset

I was born in Bournemouth and attended St Luke's Primary School in Winton, followed by Bournemouth School. Dorset has always been my home apart from when I studied Anatomical Science at The University of Bristol.