Chris Chope was re-elected on the 12th of December 2019 and has over 25 years experience as an MP.

Christopher was born in Britain in 1947. He was educated at Marlborough College, University of St Andrews and Inns of Courtlaw School. He and his wife, Christine, have two children: Antonia and Philip. He was called to the Bar in 1972.

Chris began his political career as Leader of Wandsworth Council in 1979 when he helped pioneer competitive tendering and cost-cutting in Local Government, ensuring that Wandsworth could achieve the lowest council tax in the country. Chris has held various positions in the Conservative Party. As Vice-Chairman for Local Government, he founded the Conservative Councillors Association. He was Chairman of the Parliamentary Candidates Association between 1995 and 1997. He also served as Joint Secretary of the 1922 Committee of Conservative Backbenchers from 2006-2012.

He has previously been a consultant for Ernst and Young and a member of the DTI Deregulation Task Force on Transport and Communications. He was a member of the Health and Safety Commission 1993-97 and of the Local Government Commission for England since 1994.

He was elected Member of Parliament for Christchurch in May 1997. He was appointed Frontbench Spokesman for Environment, Transport and the Regions and Vice-Chairman of the Party with responsibility for Local Government.

Chris Chope Seeks Clarification on the Impact of the Streetspace Scheme

Chris Chope seeks clarity on the impact of the Streetspace Scheme from the Secretary of State for Transport:

Chris Chope seeks clarity from the Secretary of State for Health and Social Care regarding face coverings in shops:

Chris Chope demands promotion of Beet Sugar on environmental grounds from the Secretary of State for Environment, Food and Rural Affairs:

Chris Chope seeks clarification from Chancellor of the Duchy of Lancaster and Minister for the Cabinet Office regarding the Coronavirus situation for Caravan Sites and Holiday Accommodation:

Chris Chope seeks clarification about coronavirus rules for holiday homes from the  Chancellor of the Duchy of Lancaster and Minister for the Cabinet Office:

Chris Chope AGAIN Presses for Legislation to Protect Park Home Residents via the Secretary of State for Housing, Communities and Local Government:

Chris Chope presses Secretary of State for Housing, Communities and Local Government to report on the impact of Park Homes commission changes.

"Hancock Panics When MP's Ask: "How Many Die After Vaccination?""

Hancock Panics When MP's Ask: "How Many Die After Vaccination?"

Chris Chope one of the 35 MPs to vote against  the extension of the Coronavirus Act. 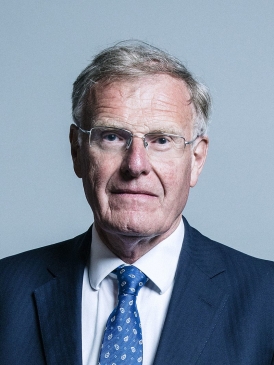